How to control communication with parents in kindergarten – interview

Mrs. Director Mgr. Regína Ouhledová from the private kindergarten Monty School of Prague was looking for a way to modernize the kindergarten and provide even better services to parents. Although Monty School is a kindergarten in Prague, its location does not have an urban feel. Standing in a beautiful forest in Prague 4, it would seem to be one of the alternative kindergartens that often tend to avoid digitalization. However, the director, Mrs. Ouhledová, has no problem in combining nature with modern technologies.

Why did you decide to choose Twigsee?

“We are a modern kindergarten and we want to present ourselves and communicate with parents. I try to adapt to the younger generation. A lot of parents use modern technologies in their daily lives and covid has only helped the whole digitalization. After this experience, you don’t know what can happen. It was covid, next time it may be something else and we, as a nursery that cares for the little ones, must have a communication channel so that important information reaches parents as quickly as possible and we make sure they receive it in time. From this point of view, Twigsee has met my expectations”, says the director.

“I was looking for a nice modern app and with Twigsee I found both,” she adds.

How did your employees react to the app?

“It took them a while to get used to it at first, but now I have to stop them from posting so much. For example, we have a colleague on maternity leave who had Twigsee installed so that she can keep track of what’s going on in the nursery and keep in touch,” shares Regina with a smile.

“Before we started using Twigsee, we used to have parents overlook the information in a lot of work emails and then operate on the fact that the information didn’t get through, which created a bad atmosphere. This doesn’t happen with Twigsee, because it protects the teachers as well, we have clear proof that the information was sent.For example, when we had the seventh illness in kindergarten, it was obvious how quickly everyone got the information. It’s been my experience that within an hour everyone sees it.”

“For me, as a director, it is also important to see and have control over the attendance of teachers and children.. It used to happen that teachers forgot to write down the children’s attendance on the programmes. The child stayed late, the teacher forgot to write it down and the kindergarten lost money as a result,” the director further describes.

Are you interested in how Twigsee can also help your school? We would be happy to work with you to find a suitable solution.
Simply book an online appointment.

We know from experience that some kindergartens have trouble convincing parents.
How did you resolve that in your case?

“Again, it’s about communication. We first met with the parents in person, introduced the app, explained our reasons, but mainly focused on the benefits. We then put in the school rules that installing the app is mandatory and you need to have notifications turned on. Most of our parents want the app and have no problem with it”.
For us it is important to see that the parents have read the message which the app provides. We had a case of divorced parents that almost went to court because one of the parents felt we weren’t informing him. It turned out that he didn’t have the app installed despite our urgings and requests. After he installed Twigsee, the problem was largely solved,” he recalls of the unpleasant situation.

“I admit that I like the fact that parents can’t respond to posts. In the past, when we used other channels, after posting photos, we had to respond to questions like – Why doesn’t my child have the right socks, or when we went skiing, they didn’t wear the right hood, jacket, etc. I send the parents photos to reassure them that everything is fineand their child is doing well, or to make their day with nice photos of their little ones. However, they have the preschool phone number and teachers’ work emails and can always contact us outside of the app.

Today’s information-filled times have brought a negative impact on the status of the teaching profession. Often parents tend to tell us how to educate our children in kindergarten, how to approach them and discuss various educational methods, so directors are cautious and communicate as little as possible. But I take a different path, fortunately I have Twigsee, the kindergarten in my pocket,” adds Mrs. Ouhledová with a sparkle in her eye.

Did you know that you can also have Twigsee for free? Book an online appointment to find out more.

Sign up for education news and articles with a focus on: 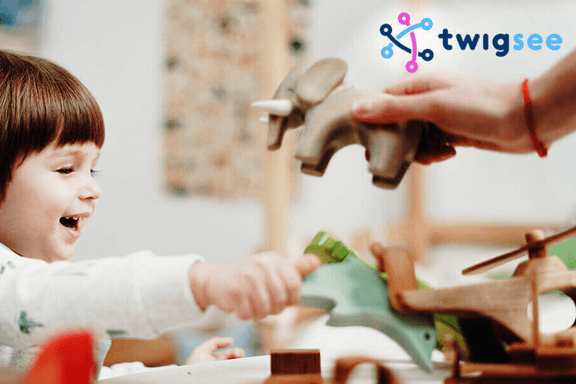 Even preschools can keep up with the times!

The app for preschools already exists ! It presents us with an effective and simple solution for schools as well as parents. Article detail » 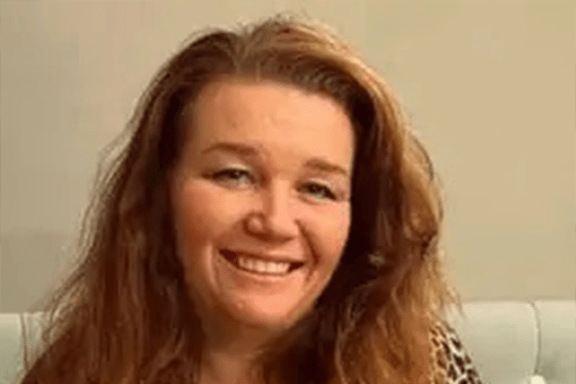 How to control communication with parents in kindergarten – interview

Mrs. Director Mgr. Regína Ouhledová from the private kindergarten Monty School of Prague was looking for a way to modernize the kindergarten and provide even better services to parents. However, the headmistress has no problem to combine a kindergarten in the forest with modern technology. Article detail » 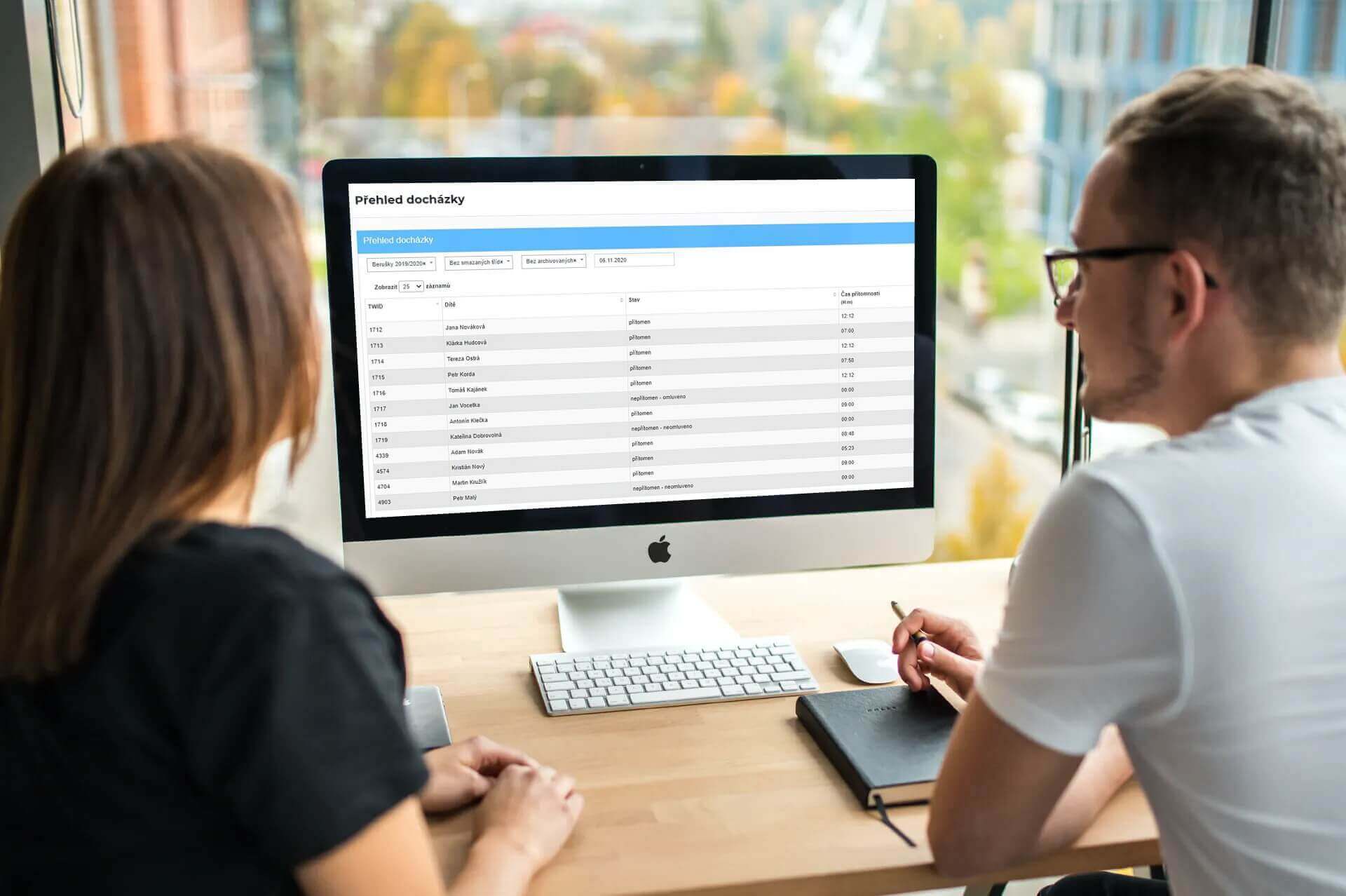 10 tips for running a preschool online

We were founded on an individual approach. We are available to the entire school at all times. That means not only during the initial set up and training, but for the entirety of our collaboration. Article detail »

What are the preschools
currently using Twigsee saying about it?

Hello, so far so good with Twigsee. We have managed to create classes and upload students' names. The teachers' names have already been shared and we believe by next week we might have progressed further.

Twigsee caught our attention right away from the presentation thanks to the range of functions offered. It wasn't a system that only dealt with attendance or just the registry. It offered us the opportunity to have everything under one roof. And the cherry on top of the cake was the possibility of sending parents contributions about how their children are doing in preschool that day. Parents liked the app very quickly. At first, teachers were more concerned about whether preschool management wanted to give them extra work. However, they soon discovered that writing to parents made them happy, and they also finally have an overview of the children's attendance for each day. Twigsee can handle all that is on the agenda in a preschool as well as accounting. Forest preschool, Pohádky z.s., Zvole 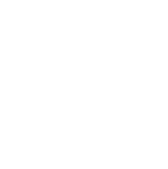 Great Customer Support! Any problem gets immediate attention, and also the sales representatives are very willing to help.

We have just started using the Twigsee application, as I was drawn in by an offer. Especially the time saving. I can use my time more meaningfully with my children rather than doing administration. I appreciate the professionalism of the team. Mr. Med answered all of our questions. I was impressed by the enrolment process of new children, attendance and, above all, the connection of teachers with parents, which does not disrupt them from their work with the children. Before signing the contract, we compared the offer of similar applications and came to the conclusion that Twigsee provides the most comprehensive offer of services for preschool needs.

We have been using the Twigsee app in our Fox Nursery for over a year now. Through the app we communicate important information to parents. We share photos of the children's daily activities, and we use surveys, to which parents respond more quickly than in person. We have an overview of how many children are coming on a given day, so we can plan and adjust the day's schedule. Parents especially like the app because they have instant information about what's going on in the preschool, they can see lots of photos and they can excuse their child for the time they need in a few clicks. The Twigsee app is responsive to the needs of our preschools and is quick and easy for teachers, nannies and parents to use. With the Twigsee app, we are simply moving with the times.

Twigsee is a wonderful app that has made communication between the preschool and parents faster, more convenient, and better since we began using it at the beginning of the school year. Also, it unbelievably simplifies the work of employees. Everybody, including the parents, are happy with the app.

Twigsee is a great and innovative app for me as the preschool’s headmaster as well as a mother. There’s finally an app that eases the workload of administrative duties for the MŠMT (Ministry of Education) as well as the MPSV (Social Security) for everyone. It accomplishes all of this in a very easy to use and intuitive way. Communication with the Twigsee team is superb. They were always happy to answer all of my questions about the app and its functions whenever I needed it. As a mother, I value daily, easy-to-view information about my child so that I am informed about what they are doing and have access to information from the preschool, teachers, and administration. I strongly recommend the app for all administrators and parents!

We’ve finally disposed of all signature forms for all applications and online photo galleries, and parents no longer forget about school activities. Parents know what is happening at preschool and are much happier and at ease. We’ve stopped needing to constantly explain and repeat the same things. Thank you.

Twigsee won us over from the moment we started using it. It allows us to manage everything in our preschool in a convenient and easy-to-view manner, all in one place. You’ll love Twigsee because it will make your administrative tasks easier and will make communication with parents faster and more effective. It will not only make your teachers very happy but also the parents! I also greatly appreciate the wonderful support from the Twigsee team which is always prepared to handle our questions and requests. In short, I can wholeheartedly recommend Twigsee without hesitation.

While I was a bit skeptical at first, we have been up and running with Twigsee for a month and a half now without a single problem. We have over fifty reviews from parents and every one of them is positive. Furthermore, parents have started to appreciate all that our teachers do for them and they’ve not only decreased their demands, but have started asking how they can help. They donate toys, company gifts, or homemade Moravian honey. We are happy and are ordering Twigsee for our other location in Průhonice.

Our preschool Malvína has been using the Twigsee app for over half a year. It is a big help to us. Thanks to the child’s profile, we have an easy-to-view list of all their important information. Also, with Twigsee, communication with parents is more convenient. We can share photos with them and using posts, share important information with only selected parents. Not needing to inform each parent individually has saved us a significant amount of work. What we appreciate most about the app, is the easy-to-view attendance. It shows the number of present and excused children and also, alerts us to any children leaving after lunch. Our school highly recommends the app. The team of people who developed the app are definitely professionals in what they do. They responded to all of our questions quickly and are always available to assist us.